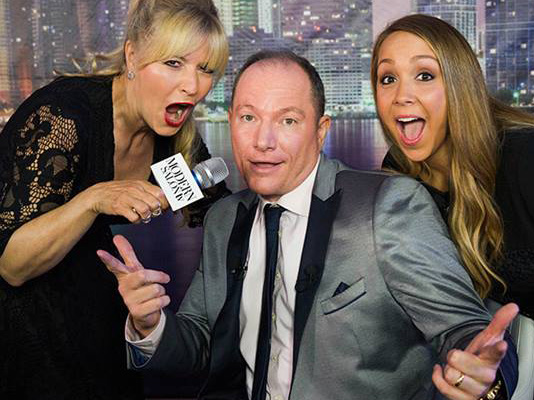 In Episode 133, Tevya Finger mastered the Valuation Teeter-Totter. Finger’s cash flow could have been compromised, as hair salons are notoriously slow to pay invoices, but he found a way to get their cash early. Listen now to learn his secret.

From Paper Sketches To $441M Sale

Oribe sold in early 2018 for $441M, but in 2008 they were just a few sketches of shampoo bottles on a piece of paper. Tev Finger shares the surprising tactics they used to drive revenue.

Before they could really get their products off the ground, the 2008 economic crisis hit and $2M of their start-up capital was frozen by the bank. On top of that, Finger was also worried that no one would want to spend money on luxury beauty products during this time.

So, he and his partners got creative. They organized hair stylist conferences in Las Vegas, took out ads in trade publications, and found ways to be the bright spot in the beauty market during the downturn.

When the company grew to $20M, Finger knew he had to quickly get to $80M to be a contender for acquisition. When they hit $90M in revenue, they were approached by the Japanese company KAO Corporation who bought Oribe for $441M in 2018.

Finger’s revenue stream could have been compromised, as hair salons are notoriously slow to pay invoices, but Oribe found a way to secure their cash flow. Module 10 of The Value Builder System™ helps you maximize the cash flow coming from the day-to-day operations of your business. Get started for free right now by completing Module 1.

About Tevya Finger
Tevya Finger is a self-taught, self-made career veteran of the beauty industry. Finger got his start at age 16 working in the photo darkroom at Bumble and bumble. Through hard work, dedication and a natural aptitude for business and strategy, Finger rose through the ranks to become VP of Sales and Operations and eventually EVP, a partner and board member.

After Bumble and bumble was sold to Estée Lauder in 2006—an acquisition in which Finger played an integral role—he, along with his former Bumble and bumble partner Daniel Kaner, raised $6 million to launch Oribe Hair Care as a start-up in 2009. With Oribe as its flagship brand, LBP has gone on to launch five additional cutting-edge beauty brands—R+Co, Smith & Cult, V76 by Vaughn, IGK and Pulp Riot—each in collaboration with today’s most sought-after artists.

Get in touch with Finger on LinkedIn.