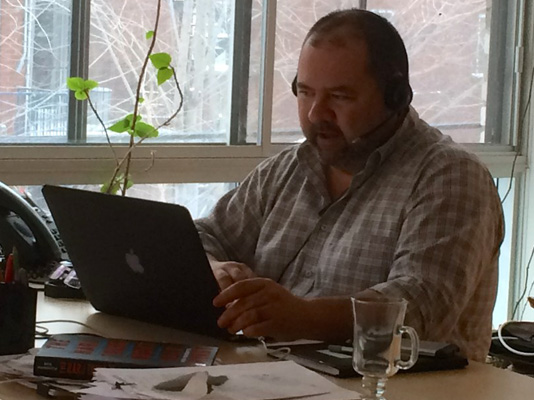 In Episode 124, Claude Theoret got almost four times revenue for his company, in part because he built a powerful financial model that demonstrated the growth potential of his business to acquirers. Find out the steps he took to build an attractive acquisition.

Four years ago Nexalogy CEO Claude Théoret was counting the employees he had to lay off. His company had burned through their $600,000 seed round of investment and he was running out of cash. An ugly split with a former co-founder had divided his team, and Théoret had to turn to his wife for a $40,000 loan.

Jump ahead to today and things are a little different for Théoret who just agreed to be acquired by Datametrex AI Limited for $5.75 million.

Théoret got almost four times revenue for his company in part because he built a powerful financial model that demonstrated the growth potential of his business to acquirers. Figuring out the best way to scale your company is what we’ll do in Module 4 of The Value Builder System™. Complete module 1 for free right now by taking the Value Builder score.

About Claude Théoret
Claude Théoret is the founder of CEO of Nexalogy, a social data discovery startup and a Canadian leader in Social Data Intellgience. A former Astrophysicist he worked at the inception of bigdata, having his first website in 1994 and working with big data before it had a name. He is one of the top 40 startup mentors in the worldwide Founder Institute network.

Previously, Claude was an astrophysicist with expertise in the management of innovation. One of the founding members of McGill University’s astronomy department, Claude was ranked first in the astronomy and astrophysics postdoctoral fellowship competition in Québec. He conducted his postdoctoral research at the Collège de France as a member of the prestigious HESS Collaboration. After teaching as a professor of physics and statistics at the American University in Paris, Claude focused his analytical expertise on Co-Word Analysis, Actor Network Theory and their practical applications.