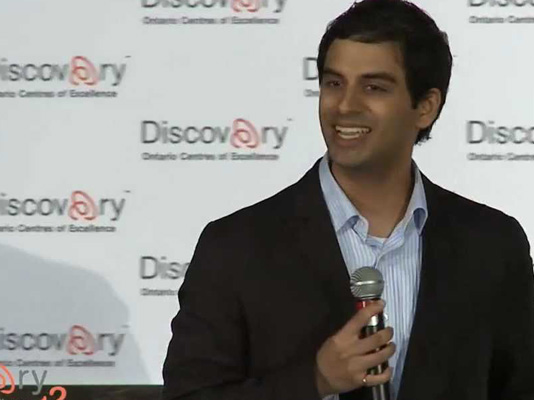 In Episode 130, Harpaul Sambhi had a successful exit, but one of the things that nearly derailed the process was how dependent his business was on the social media platforms that were essential to his product. If your business is over-reliant on a single employee, customer, or promotional channel, listen now as Sambhi discusses how he overcame this obstacle.

Harpaul Sambhi’s company was 8 days away from bankruptcy. So why would LinkedIn want to buy it for millions?

While still a student in university, Harpaul Sambhi had an idea about how to leverage social media networks as a recruiting tool, and Careerify was born. Bootstrapping the business himself, Sambhi reached out to his dad for financial support, and his dad signed over the value of their family home to his son’s vision.

Founding Careerify in 2009 right in the middle of the economic downturn, when companies were laying off employees by the thousands, forced the fledgling startup to pivot. They were struggling to scale the business and were only 8 days away from bankruptcy when they signed their first big customer.

Careerify began attracting clients like Deloitte, Unilever, and SpaceX, and within a year and a half, they went from $0 profit to millions. This rapid growth prompted Sambhi to put out feelers for “stronger alignment” with some of his contacts, and after receiving four Letters of Intent, he sold Careerify to LinkedIn in 2015.

Sambhi had a successful exit, but one of the things that had the potential to derail the process was how dependent his business was on the social media platforms that were essential to his product.

To maximize your company’s value, and to make sure you retain negotiating leverage, you want a business that could easily swap out suppliers. This is one of the three components of The Switzerland Structure, which is Module 8 of The Value Builder System™.

Get started for free by getting your Value Builder Score now.

Careerify was acquired by LinkedIn in 2015, marking one of their first acquisitions outside of the United States. Sambhi joined LinkedIn and rebuilt Careerify, oversaw LinkedIn’s HCM initiative, and led product development for LinkedIn’s partner ecosystem in the recruitment space. After LinkedIn was acquired by Microsoft, Harpaul joined Microsoft’s Dynamics product team to build a best-in-class HR technology suite.

Get in touch with Sambhi on LinkedIn.